Skip to content
Posted on March 27, 2011Author Mark Johnson No Comments on Best and Worst Inventions of All Time

Best invention – I have to go with the wrap. Using the hide of a kill to gather up the important parts you separate out to take back to your shelter was such an enormous step. Imagine the divide before that meme. The efficiency in that discovery – being able to expend only the energy needed to carry the best parts instead of whatever you could sling over your naked back or in your hands is enormous. You could keep those hands free for emergencies or for clambering into hard to reach places.

That wrap also could carry water. The concept that you can drink when you want to instead of when you were at a water source is such a life-changing one. Your young ones can stay safe somewhere instead of having to fight their way in and out of a waterhole full of carnivores several times a day.

Using the wrap to keep the wind and rain off of you and the kiddies, keeping you warm and happy, and allowing you to carry surplus veggies back to the shelter – huge step. I think it possibly predates fire, and is so impactful I can’t imagine all the ramifications. 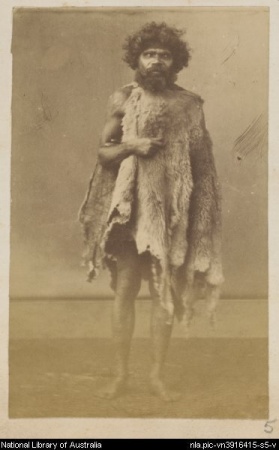 Worst invention? My vote is for negative attribution. The creating of a bad story to fill a perceived void of knowledge about something or someone. The beginnings of the “bad stranger”, the “alien” or the “weird family two caves down”. That has led to more grief, ignorance, unending nastiness, death, pain and hatred . . .

This site uses Akismet to reduce spam. Learn how your comment data is processed.