I want to share some of the images and words that I have accrued over the years. My own and others. This particular place in my bit of the WWW is sharing some things about our planet and the life that has transformed it’s outer skin. Not wanting to be all New Age or pseudo philosophical, I prefer to present without a great deal of editorial analysis. After all, I am more  driven by imagery and feeling than any rigorous analysis of ideas or philosophies.

I also want a place to share beautiful images of the sky, the landscape, and the waters of the earth. Also I love whimsical things. I do babble on from time to time – but I mean well by it. This post will be a work in progress (or as us artist types say, a WIP)

Disclaimer: Many if not most of these images will not have proper domain acknowledgment. They generally have been captures from the WWW that have been brought to my attention one way over the other over the years. I am assuming until otherwise informed that they are in the public domain. I apologize in advance for any transgression of copyright or ownership interest, and upon request I will remove any images that the rightful owners wish taken down.

“The Gaia hypothesis, also known as Gaia theory or Gaia principle, proposes that all organisms and their inorganic surroundings on Earth are closely integrated to form a single and self-regulating complex system, maintaining the conditions for life on the planet.”

Our planet has a long history. Life has a long history on this planet. Humanity as a species has a much shorter history, but as a life form we definitely are a part of the greater whole, and our stories, our history, the interactions we have with our earth and the rest of life on it are part of the greater story that is Gaia. With that perspective a bridge is as much an outgrowth of the land as a tree is. The effect people have had on the earth is sometimes referred to as Anthropogenic. I include that effect and the visible signs of humanity as part of what the whole earth is. We are all in it together.

The Earth. Self creating. Self defining. Coalesced billions of years ago as a part of an enormous system that is still generating potentials and linking possibilities. In some manner the Earths’ immense centre is energized. Beneath the surface solidity extends to unknown depths containing only speculation and imagination. The core is active and intensely focused. This focus creates an environment which engages the universe in a dynamic dialogue of balanced force. A vast outpouring of energies from the Earths’ centre forms an aura which both contains it and provides an interactive outer perimeter. This perimeter is where the potent emanations from the primal Sun encapsulate the unique planet we have been created by. The balances achieved after a span of time encompassing the universe itself place our planet in that special circumstance which permits our existence. Planing the circumscribed arc of our orbit around the Sun the Earth creates a counter-balance of energies gravitic, ionic and magnetic which specifically translate the outpouring Sun into that light and warmth that creates the environment where we are allowed to begin.

Trees are an amazing thing. I have had a lifelong fascination of them, though readily confess that I have never studied them nor read in depth  about them in any formal sense. 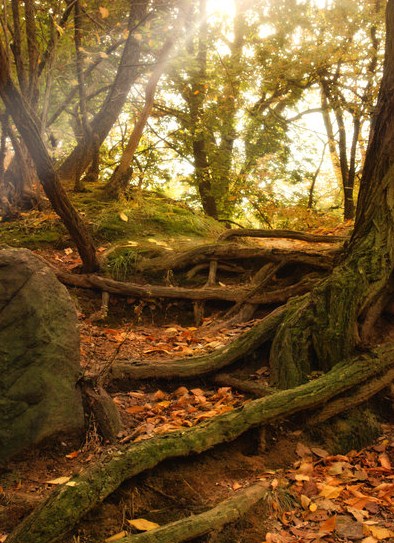