Skip to content
Posted on February 16, 2010Author Mark Johnson 2 Comments on Art on Deck (What’s On My Easel)

I thought it would be interesting to have a running blog showing what work was in progress. Sometimes art changes quite a bit as it works it’s way onto the canvas or the drawing board. Sometimes the process leads to an evolution that wasn’t expected at all. The review of the art can be a fun thing, and maybe even lead to considerations regarding a variation that would be interesting to follow.

Acrylic 18″ x 24″. I’m not even sure if I want to keep this piece in a final orientation of only one direction. I mean that it may end up with multiple hanging wires depending on how I feel like looking at it on any given day. 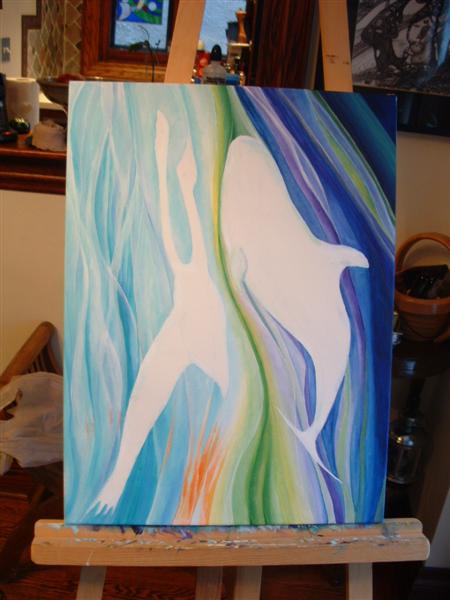 Big changes when the centre figures get some colour on them. It will be a challenge to come up with light effects and colour choices that fill the forms nicely and make the whole thing work. I’ll see how the day goes. 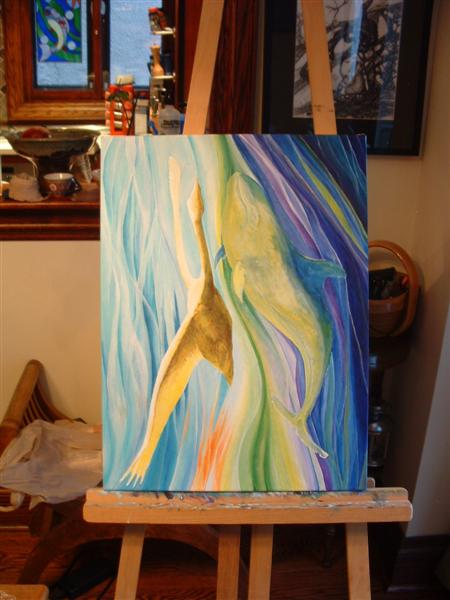 A quick look at how it is progressing. This will probably be the last intermediate stage posted before I finish it off. 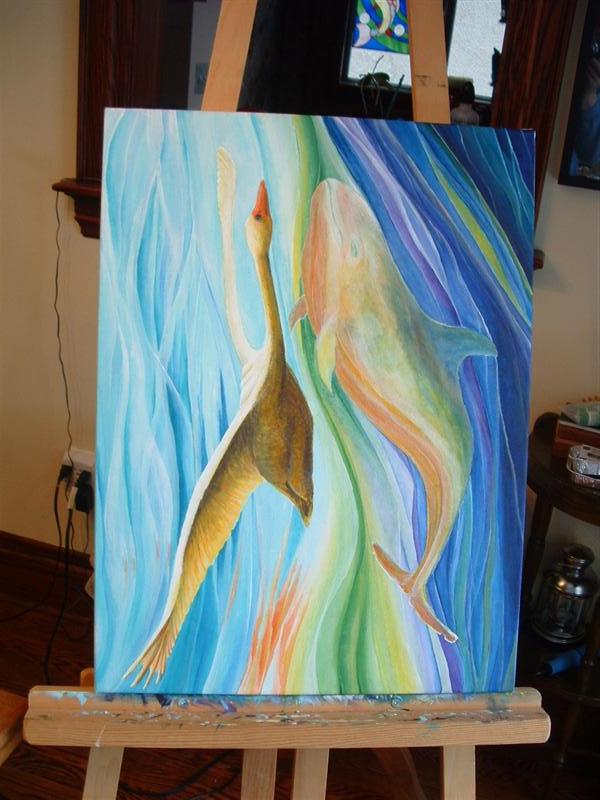 Finished this one last night. I took a photo in the driveway with the overcast sky giving me a clear and indirect light. It’s time to crop the image and put it on the gallery page. I put two wires on the back of the canvas, one so the beasties would be heading upwards and one so they would head to the right. I probably could have put wires all round, but that would get to be ridiculous so I left it at the two. That still gives an option to hang it either way without needing to extra work. Off to the shed to make a light frame. The art tends to look so much better with a frame around it.